Miros RangeFinder was chosen due to its ability to provide precise live measurements of waves and tides with millimetre accuracy in all weather conditions, thus providing a greater understanding of the tide in real-time. 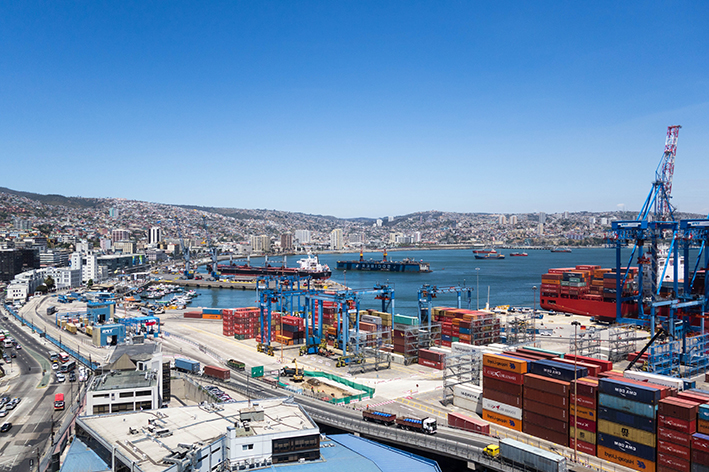 The Port of Valparaiso is the second largest port in Chile, after San Antonio, and has the highest container movement in the counrty. More than 10 million tonnes of general cargo travel through the port annually, with over 30% of all the country’s foreign trade passing through its terminals.

To maintain the service level provided at Valparaiso and continue offering safe and efficient unloading of ships, the ALICAFRA (Autonomia en los Alijes de Cargo Fraccionada) project has been initiated by Terminal Cerros de Valparaíso (TCVAL), the company in charge of operating Terminal 2 in the Port of Valparaíso.

The main purpose of this project is to take advantage of the full tidal range in the port, thereby expanding the operating window and opening the Port of Valparaíso to larger ships which were not able to use the port previously due to their depth. To do this, the existing infrastructure in the port has been upgraded by improving the depth and installation of new bollards and fenders. Furthermore, a system has been implemented to provide real-time tide information.

Transit in the hundred years old main terminal is limited by the shallow water depth, which varies between 9.5 to 9.9 metres. Larger container ships often have a draft deeper than the distance to ground, requiring them to use the ‘tide clock’ to dock, having to follow a certain schedule which depends on the calculated additional depth based on the astronomical tide.

With the majority of ships calling at the port of Valparaíso being large cargo ships, this is a major operational challenge and the port authorities need a greater understanding of the tidal patterns to mitigate the risk for port operations.

To ensure safety, the Maritime Authority only allowed large ships to dock when the astronomical tidal range was at least half tide and rising to provide the maximum depth. This resulted in a number of ships waiting outside the port for favourable tide or, even worse, heading to other ports to unload their cargo.

The main consequences were less cargoes unloaded at the terminal and a decrease in the number of ships unloading at Valparaiso due to unavailability of mooring spaces.

The main purpose of project ALICAFRA is to increase the port operator’s autonomy by providing a solid planification and survey on the lightening operations, supported by a real-time, accurate and reliable tide measurement. This allows vessels to take advantage of the entire tide range, and ultimately ensures that ships that currently could not berth at Valparaíso due to their draft, can now do so.

The identified solution involved improving the existing infrastructure, including the installation of bollards and fenders, as well as implementing a system which would use a deterministic model to anticipate ship and tide behaviour and mitigate risk.

The implemented measurements allow the port authorities to move faster than the tide, using navigational data and continuous monitoring to keep track of sea and draft levels. The system, which has been used for the past three years with no incidents, alerts the port authorities in the event of a potential hazard, allowing ships to safely depart without the risk of invading under keel clearance.

Miros RangeFinder was chosen as part of this system due to its ability to provide precise live measurements of waves and tides with millimetre accuracy in all weather conditions, thus providing a greater understanding of the tide in real-time. From the port’s experience, RangeFinder’s high data rate is extremely helpful for discarding erroneous observations and providing reliable output at the frequencies required to resolve surface waves and tide measurements.

The data provided is not only used for port operations, but it is also shared with the University of Valparaíso where it forms part of a wider study looking at wave forecasting and meteorology and oceanology variables. 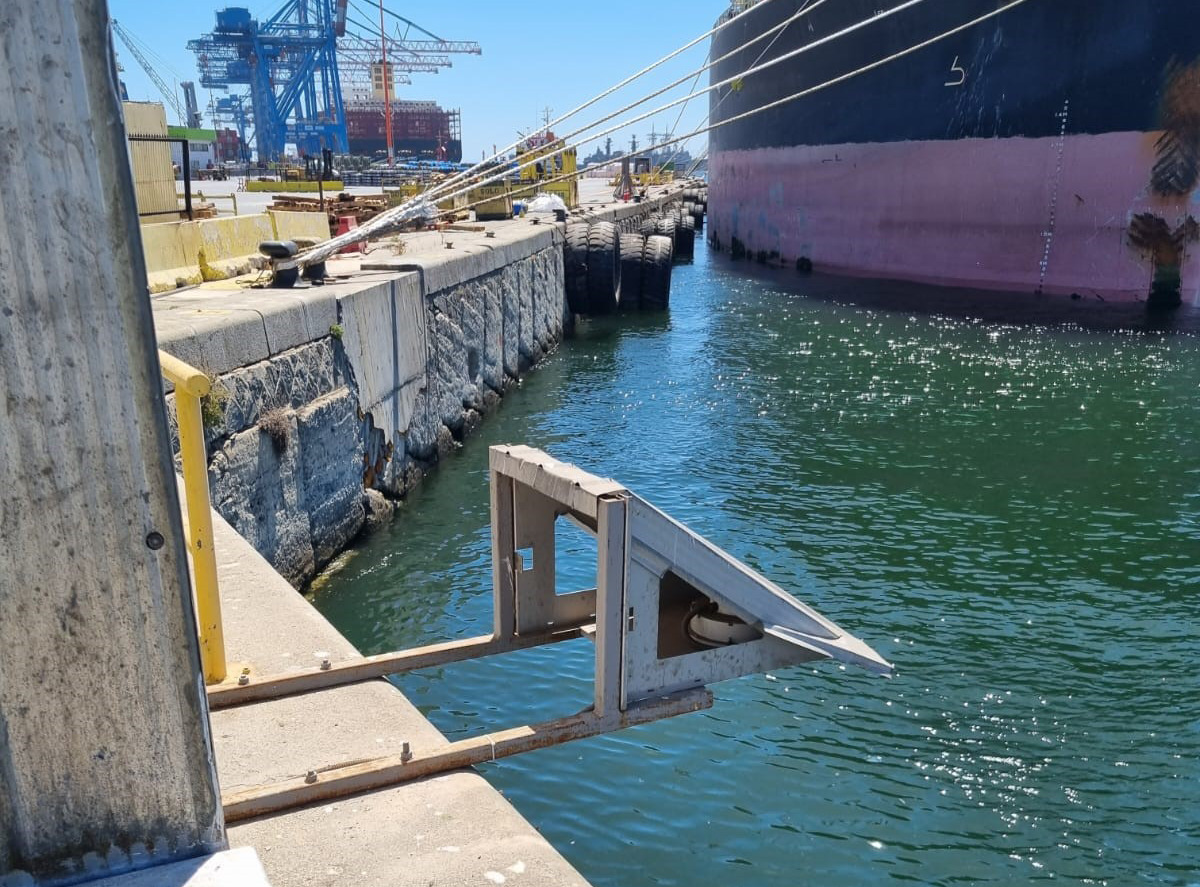 Due to this additional system put in place, the Chilean Navy has been allowing TCVAL to use the entire tide range. Ships can also be kept moored at half tide when the tide is receding, provided that the ships can be unloaded fast enough ahead of the low tide.

Range Finder has been an excellent choice for crucial real-time measurements. With this solution, Valparaiso has been able to extend its operation window. As a result, a potential of 150,000 tonnes more cargo can be transported through the port, adding up to one million US dollars of additional revenue for the first year and two million US dollars for the subsequent years. Data availability via Miros Cloud helped to fine-tune the performance of RangeFinder and improve remote access to the data.

Not only the port has been able to increase the tonnage served at the terminal, but it also ensured business sustainability, reducing the risks associated with not being able to adequately service large ships. The improvements also have a positive impact on the environment, as the fuel consumption is reduced alongside waiting times and the need for additional trips. The use of the RangeFinder was meant to improve operations, increase the ‘tide clock’, and reduce the waiting time, but it proved to be a strategic asset to the terminal.

The ALICAFRA project collaborates in maximising the use of the docking front, which benefits all port stakeholders, the city of Valparaíso as a whole, and the competitiveness of the Chilean port system.

By enabling larger ships to use the Port of Valparaíso, local importers and exporters get the best possible, safe, and cost-effective international shipping solution, with an increased number of vessels able to use the port. Due to the increased ability to support additional vessels, the port has seen a 10% increase in revenue, amounting to more than two million US dollars per year.

Read more about our solution for the Ports & Coastal market.